Posted on November 5, 2016 by mechatronicsguy

I’ve recently gotten into Change Ringing, and helped a friend build a bell simulator from a broken bell that was laying around.

“Full Circle” bell ringing is a bit counter intuitive. Rather than having the mouth of the bell face down as you’d expect, the bells are over-balanced resting on a stop, so the slightest pull causes them to ring through 360* of travel.

Also, since the mass of the bell can be much more than the bellringer, they can’t start or stop the bell instantly, but instead can excerpt just enough force to comfortably shift maybe one position behind or one position ahead in the sequence.

The nifty consequence of this very mechanical limit, is that change ringing then becomes an exploration of the permutations possible with the sequence of bells. There’s a whole bunch of tasty mathematics in there, touching on graph theory, permutations, polyhedra, Hamiltonians, and much more.

Back to the hardware. Here’s what I came up with, it’s pretty cheap, and should be compatible with all major Campanology simulators like Abel & Virtual Belfry:

The main frame is made from the bulk aluminium extrusion I bought previously, and the bell is supported on some cheap 608 skate bearings held in lasercut wooden holders. 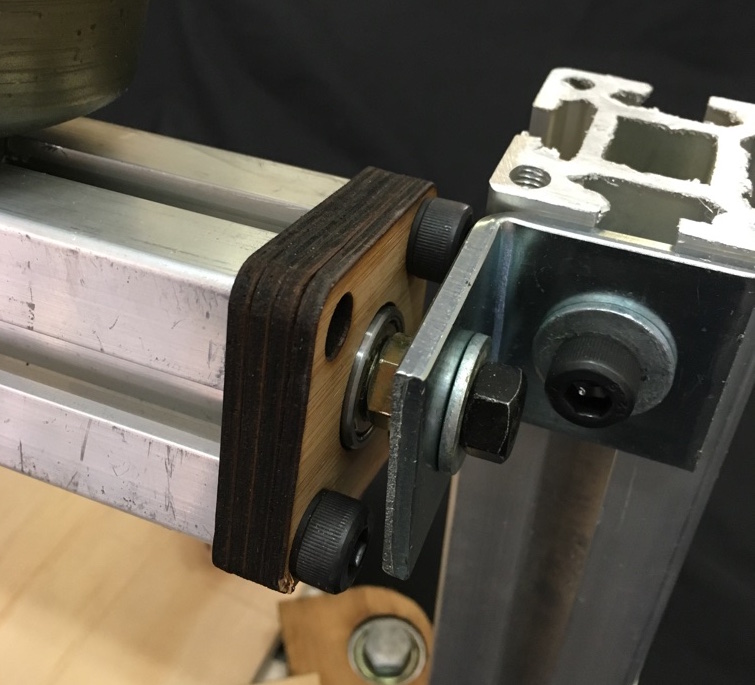 The wooden dowel used for the “stay” has been sized so that if the bell is rung up too vigorously, it breaks there, rather than anywhere else. (This much more import with the big bells, often weighing tons, as it means a $5 piece of wood is damaged, rather than the bearings, frame or bell itself).

The electrical parts needed are quite cheap, and cost only about $30:

Wiring is absurdly straight forward. 5V to 5V, GND to GND, and the signal from the sensor goes to the CTS signal on the serial.

All the electronics are mounted on the side. I used a cheap plastic box we had laying around the space.

Once that’s done, a small magnet is hot-glued to the wheel so that it triggers the sensor at the resting (bell down) position.

Back to the computer. In Virtual Belfry, the bell is selected to use the COM port, and the CTS signal. It’s then just a matter of tuning the delay between the sensor firing and the bell striking.

Now the bell all set to practice ringing changes:

More portable than most steeples